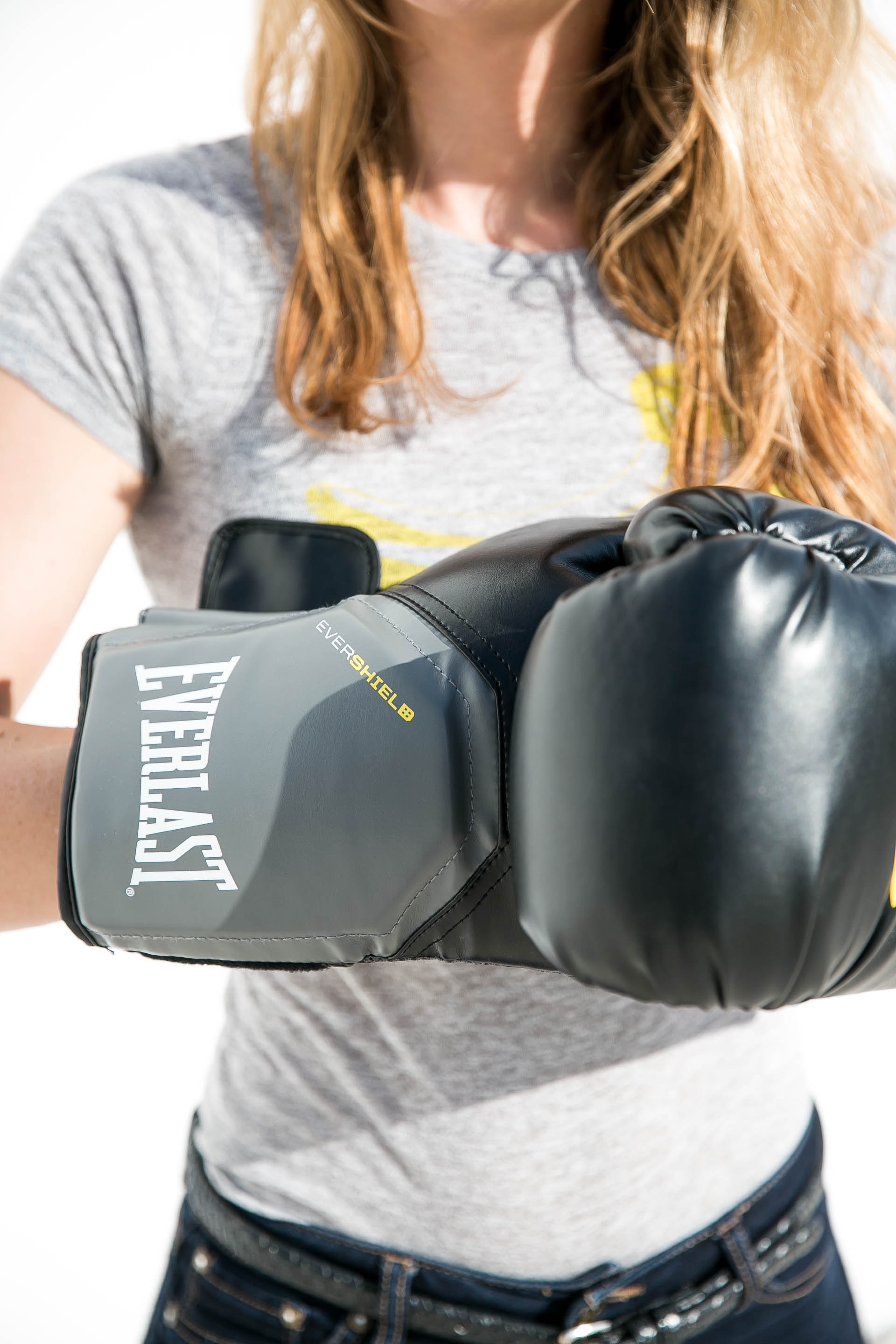 Photo by Amelia Bartlett on Unsplash

Way back in 2001 I lived in a share house in a then dodgy suburb of north-east London called Manor House.  The house had three double rooms, including a spacious attic in the roof, and three single rooms.  The optimum number of people in the house was nine, but with ‘dossers’ sleeping on couches etc… sometimes we had up to 17 people staying.

One weekend we had a small party to welcome our newest housemates.  They were two Kiwi architects who came to try their luck in the big smoke.  As the evening wore on and the drinks flowed,  I was chatting with Genevieve*, who asked if I would like to go boxing with her.

“Sure!” I likely slurred, then promptly forgot about it.

A couple of days later when I came home from work, Genevieve told me she had found a place for us to box, and we would start on Wednesday.

Oh crap!  I could barely remember having that conversation, but obviously I committed to it, so what was the harm in a bit of box-er-size?

I bought hand wraps for wearing under boxing gloves as instructed, packed my gym gear, and met Genevieve at the bus that would take us further out of town to the even less salubrious suburb of Tottenham (Go the Spurs!)  She had instructions on where we could change before we went in, so we went and did that.

As we entered the gym, I saw it was out the back of a police station.  Huh.

We found the door and suddenly were two very conspicuous women in our early 20s in gym gear walking into the 100% male set of the movie Rocky.  From memory, there were a couple of rings occupied with boxers sparring and they weren’t mucking around.  Then around the room there were a number of others skipping, punishing various punching bags for their sins, or squaring up in front of the floor to ceiling mirrors.  Box-er-size this was not.

An older, coach-like-looking gentleman came up to us, looked at Genevieve and said, “So I hear you want to train with us.”

“Yes,” she concurred. “I’m training for the world championships.”

“You neglected to mention that!”

My mouth hit the floor, I spun around to look at her, and somehow resisted the urge to scream, “You neglected to mention that!  That’s an important detail I could have used to inform my decision here!”

“Why don’t you put your gloves on and show me what you can do?” he asked.

She jumped into the ring and did exactly that.  I’m no boxer, but I could see she was really good.  She had some combinations going and I could see the other guys watching were impressed as well.

They jumped out of the ring and looked at me.  I was clearly a fish out of water.

“Look, I don’t want to waste anyone’s time,” I said. “I’ve never punched anyone in my life.”

“Don’t worry about it,” the coach said.  “Come along, keep your friend company, and we will teach you a few things.”

Huh!  How often does someone like me get invited into Rocky world?  Bloody never is how often.  I had to do it.

The world ain’t all sunshine and rainbows…

Not only was I not training for the world championships, I was not training for anything.  Genevieve was super fit and super motivated so she trained every day, sprinting around parks even when we weren’t at the gym.

Mercifully our trainers worked this out and had a cunning tactic where we could train together, and I wouldn’t be finishing two hours after Genevieve.  Instead of counting the number of push ups, sit ups, shuttles etc… they timed them.  It was hilarious.

Genevieve would frantically start pumping up and down in a quick, steady rhythm while I made strained faces as I struggled to make one for every five to ten of hers depending on where we were at in the minute.

And off we would go, doing our sprints the length of our break out gym room.  At the start I might have looked like I could keep up to the untrained eye, but pretty soon Genevieve’s superior speed, fitness, and dexterity for switching directions would become evident and she may as well have run rings around me.

I also spent a lot of time skipping rope when she was off doing technique things.  When I was a kid and gender stereotypes were even more ingrained than they are now, skipping was a ‘girl’s thing.’  Not in the boxing world. If you want to get fit, build strength, coordination, and work up a sweat really quickly, this is for you.

It’s going to hurt you more than it hurts me…

In the beginning I really struggled when Genevieve got into the ring and sparred with the other men.  Each time she took a punch to the head or body, I felt it.  Not like SHE felt it, but you know what I mean…

I came to appreciate it as a sport of skill, flexibility, endurance, and mental strength.  The other guys in the gym were professionals, with many of them appearing on the Sky Sports Channel regularly.  They must have been told to stay away from us, because no one ever approached us for anything other than training.

After a few months Genevieve’s priorities changed, she decided not to go to the world championships that year, and we stopped going.  I recently started watching some boxing matches again which brought these memories flooding back.  I remember the incredible mental and physical strength of those training around me, I remember how kind and respectful everyone was towards us, and most of all I remember how deliciously ridiculous it was I was even allowed into Rocky world to train, however briefly, in the first place!

* Name changed as I couldn’t contact her regarding this story

Are you missing Lessons from the Madras Club?

Lessons from the Madras Club – Lesson 3: Everyday is judgement day