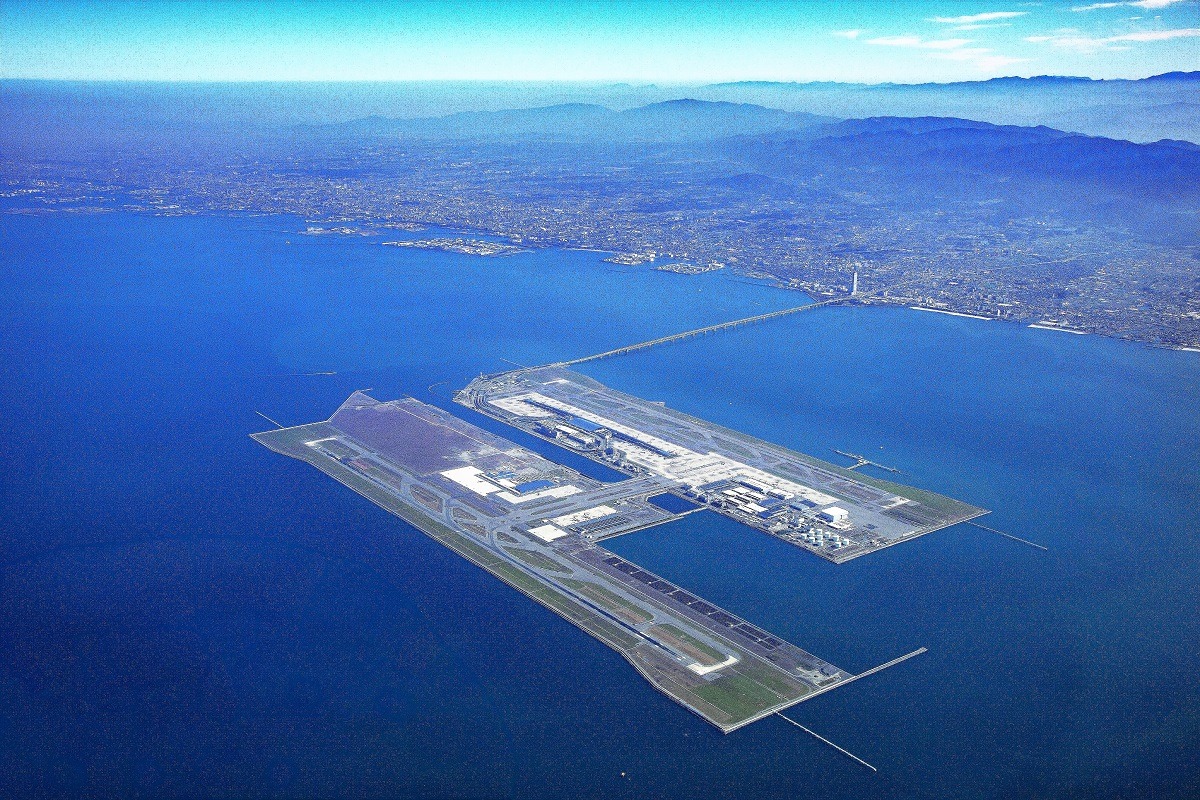 Holiday Inn one year on

Our epic year on exchange in Japan came to an end, and the Japanese government advised us all of the last possible day we could fly out if we wanted to take advantage of our scholarship flights home.  My crew now included people from most continents and many of us were there by the grace of the government’s generosity.

So many of us were leaving at different times on the same day, with the Aussies, notably being the last at 9.00pm.  My English boyfriend Rob was in one of the earlier groups at 9.00am.  Our Japanese friends decided they would join us and we would make a day of sending everyone off.

As a precaution, I decided my boyfriend Rob and I would be all packed and stay at that same Holiday Inn by the airport to make sure we didn’t have a repeat of either my trip over, or the Thailand debacle (responsible for me now travelling on a 12 month temporary passport issued in Bangkok without the appropriate visas in it).  The best way I can describe Rob in a sentence is a fine looking English hippy who was completely useless to travel with despite being a seasoned traveller.

In fact, we still have an online group for some of our friends from those Uni days which is quite active. When I asked about people’s memories of the day-long farewell fest, he stated he doesn’t have any memory of how he got back to the UK. You’re welcome Rob!

We arrived at the Holiday Inn the night before our departure and it was absolutely the right thing to do.  We were all packed and could relax knowing we could be at the airport bright and early to send him off and start my day of send offs.

By this stage I had learned the trick of the in-out card swipe and was all over how hotels worked.  There was one thing I had avoided the entire year, even though I had ample opportunity to access it, and as I stood in the hotel bathroom, I decided now was as good a time as any.

Before we went to Japan, we had some orientations from our home Unis about what to expect.  One of the funny stories was about kids who went into their homestay family’s toilets, and come out with wet hair.  You see, electronics crazy Japan, undeterred by water and electricity not traditionally mixing well, took the toilet seat to the next level.

Not content to just sit, do their business, get up, flush, and move on with their lives, the Japanese designed, mass produced, and all bought these toilet seats with long, electronic panel of options on the right side of them.  Their seats have different sprays, jets, warmers, cleaners, all kinds of weird and wonderful things on them.  Mercifully for me, they also had regular flushes on the top which I contented myself to use for the year and happily ignored the potential minefield to the right.

I positioned myself safely to the side and at the back of the toilet looking out the long, narrow bathroom.  Now it was time to test those buttons.  I pushed one that seemed to be a seat warmer, gave it a couple of seconds, then touched the seat.  Huh!  Nice and toasty!

I was ready to attack the big guns now.  I pushed one of the bidet functions and a jet of water flew the entire length of the bathroom and out the door.  Holy crap!  That had to have impact on the posterior!  The lightbulb struck.

“Can you come here a minute?”

As soon as he arrived in the doorway I pushed the jet button and the stream flew at him, hitting him in the face.

I couldn’t reply because I was busy metaphorically wetting myself laughing.  It’s the little things….

A long day of farewells

We arrived at the airport just before 7am to check in Rob and the other European scholarship holders.  They were the first lot to leave, but all the Aussies who, like me, were not leaving until 9pm, our Japanese mates, and everyone else leaving that day were there or just arriving to start the send offs.  That meant it was time to start toasting!  Emi and Mayako brought lays of lollies we all wore around our necks.  It was a beautiful, long day of laughing, crying, hugging, and drinking.

By our 9pm flight, we Aussies were full of the joys of spring and whatever else there was to be full of.  There were heaps of us, so we filled our eight hours chatting with each other and trying not to disrupt our fellow passengers too much.  We didn’t sleep.  Somehow the adrenaline, booze, and our young bodies kept us going like we didn’t want it to end.

My friend Ben spilled his bourbon and coke on his pants during the flight, classily decided to remove them, then flung them over the seat in front of him to dry… We were in fine form.

The plane’s first stop was Brisbane, then those of us not from there would catch connecting flights to elsewhere in Australia.  I was VERY happy this was my final destination.  I disembarked with Ben, when he realised he left something on the plane and went back.  This meant I happily trundled through all of the airport processes solo.

I went to immigration and they went through the motions.  He stamped my passport.

“Do you have anything to declare?”

“Do you want to check around your neck and answer that question again?” he said.

“Ooooooh!” I looked at the lay of lollies. “Sure, I forgot about that.”

I continued toddling my way to the baggage pick up area, found may way to the correct carousel and waited.  When my huge bag came around, I was pleasantly surprised when a friendly customs guy stepped in to help me.  That was nice of him.

Right!  I had all my things and was making excellent time.  The last hurdle was declaring my lay of lollies.  I went into the line and watched as they waved a few people in front of me through.  Then it was my turn.

They gestured to the search area, and all of a sudden there was my friendly customs guy.

“When was the last time you had cocaine?”

It quickly dawned on me.  Temporary passport issued in Bangkok, awake for over 24 hours and drinking on and off most of that time…  I must have looked a treat!  I instantly focused directly onto his eyes.

“I know how the looks.  I have just come back from a year on exchange at University in Japan.”

“Your passport doesn’t say that.”

“I went on holiday with my boyfriend to Thailand and we had our passports stollen.  It was a total drama, took us three weeks to get back into Japan, and we couldn’t get the right stamps, but they let us in anyway.

“A bunch of us were on scholarships and all left on the last day, and the Australians were the last to leave.  I have been drinking at the airport and on the plane,” I said as I continued to hold his stare.

“How many drinks did you have?”

“Seven or eight,” I lied.  I had no idea, but over that period, it had to be more than that.

“Are your Mum and Dad here to pick you up?” he asked.

He paused to contemplate for a moment.

“Okay.  I am going to chemical test your bags, your wallet, your clothes and your hands and if I find anything at all, we are going to do a full search.  If I don’t find anything, I will let you go home with your parents, okay?”

“No problem,” I said and pulled out my wallet for him to start with.

He went through everything, did the check, and everything came out clean.  He waved me out the door.

My parents had waited a long time at the gate for me to toddle out.  It was long past when the other Japan Airlines looking passengers filed through.

“Oh my God, the customs guy just asked me when the last time I had cocaine was!” was the first think I exclaimed when I saw them.

I still remember the look of sheer horror on their faces.  I’m pretty sure they must have looked at each other and thought, “Oh my God, can we put her back on the plane?”

The curious case of the missing pug

OH the glamour of sailing!